People who haven’t finished filling out their return can get an automatic six-month extension. The fastest and easiest way to get the extra time is through the Free File link on IRS.gov. In a matter of minutes, anyone, regardless of income, can use this free service to electronically request an automatic tax-filing extension on Form 4868.

Filing this form gives taxpayers until Oct. 15 to file a return. To get the extension, taxpayers must estimate their tax liability on this form and should also pay any amount due.

By properly filing this form, a taxpayer will avoid the late-filing penalty, normally five percent per month based on the unpaid balance, that applies to returns filed after the deadline. In addition, any payment made with an extension request will reduce or eliminate interest and late-payment penalties that apply to payments made after April 17. The current interest rate is three percent per year, compounded daily, and the late-payment penalty is normally 0.5 percent per month.

Besides Free File, taxpayers can choose to request an extension through a paid tax preparer, using tax-preparation software or by filing a paper Form 4868, available on IRS.gov. Of the 10.5 million extension forms received by the IRS last year, about 4 million were filed electronically.

Some taxpayers get more time to file without having to ask for it. These include:

Taxpayers abroad. U.S. citizens and resident aliens who live and work abroad, as well as members of the military on duty outside the U.S., have until June 15 to file and pay. However, interest is still due on any tax payment made after April 17.
Members of the military and others serving in Iraq, Afghanistan or other combat zone localities. Typically, taxpayers can wait until at least 180 days after they leave the combat zone to file returns and pay any taxes due. For details, see Extensions of Deadlines in Publication 3, Armed Forces Tax Guide.
People affected by certain tornadoes, severe storms, floods and other recent natural disasters. Currently, parts of Indiana, Kentucky, Tennessee and West Virginia are covered by federal disaster declarations, and affected individuals and businesses in these areas have until May 31 to file and pay. 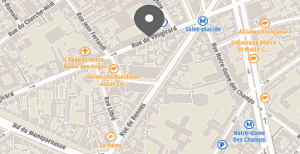